Shifting Concepts from Brain to Bone

Along with the concept stated below, Chuma will guide a workshop in which participants will transform conceptual ideas into physical movement. The investigation process of transformation from intellectual concepts to physical movements becomes an exercise for both the brain and the body. There will also be several lectures by Chuma about past and present work, and action exercises with props. The workshop is open for anyone of all ages including professional and non-professional performing artist, musicians, dancers and actors; and scholars and civilians.

My work has been called “choreographed chaos”. I have intentionally avoided presenting an ordered universe in my work because I don’t see an ordered universe in my life. I don’t usually think of myself as a choreographer. Sometimes, I think of myself as a counterpoint composer, pitting note against note, placing several singular voices in parallel motion, creating a new harmony. Sometimes, I still consider myself a journalist because my work tends to begin with an outside point of view. I’m interested in the little personal issues of everyday life and how they can affect survival. It is a struggle for me to expand my concepts into something larger that an audience can share. I am always looking for a twist or a variance. Some people have called my work “spectacle”, but I don’t think in these terms. “Organized happening” is a term that might better suit me.

My artistic concerns are individuality, integration and reinvention. I have never set movement on a body, or created dance by making choreography in advance that I ask a dancer to perform. I have never transformed movement from my body to another body. I have always allowed artists to retain their individual existence and ask them to look inside themselves and at their surroundings to find a different path of expression. Dance can be any time and in any space, and anyone can do it. My work is not easy to understand and my process can seem haphazard. I am extremely demanding as a director. In my performances I want there to be an awareness of the audience within each performer. If we are in Ireland, Macedonia or Allentown, PA, I want the artists to simply be aware of who they are, and where they are. I am constantly reinventing my work because the artistic process is vital to me, and is more important to me than the product. I hope the process will come through in the final performance when it comes in front of an audience. If I am honest with myself, and with my artists, our process will show.

Movement of performers onstage or in any given space, informal or formal, is interconnected with aural and visual aspects of the space and events, which have happened at that location.  There is no division of time and space.  We add music, film, dance, theater and combine elements to create something new, but the space echoes its own history. I am interested in collaborations between artistic expressions beyond borders; beyond countries. I believe creating a project with artists from different cultures allows me to examine the differences between us, and I realize that we also have much in common.  I seek the place where a crossover can happen, where we can share. For 25 years, I have worked with young artists all over the world; and formed relationships across huge gaps of time, space and age, including Japan, Albania, New York, Romania, Macedonia, and Amman in Jordan.

We are all connected through our personal and private histories. We will use our own movements, words, images and experiences to create movement.

The Social and Cultural Context of the Work

I’ve always been interested in how the United States influences the third world. When I was a teenager, I watched Perry Mason, To Tell the Truth, and I Love Lucy on the TV in my living room. Now, I fly to Ireland on Aer Lingus and I see reruns of Bewitched. I was a young adult during the Vietnam War, and now I see the US going to Afghanistan. It has been thirty years since WWII, but Japan still smells of occupation, as if it is a US colony. The United States is my home, but the country’s aggressive influence over the world intrigues me artistically.

In the sixties and early seventies, there were a growing number of anti-American and anti-war demonstrations in Japan. I was swept up in this sentiment and attended and ultimately led a number of demonstrations.   A demonstration is a like a “production,” and this was truly where I received my artistic training. I was not the type to stand in front of a microphone and rally the crowd, so I did the publicity papers for the demonstrations. I was a silent agitator. I still am an agitator, both silent and not so silent. Art can be revolutionary, but is not always. Art must be guided, and there are limits. I can organize people in space, but it’s hard to organize people in life.

I am attracted to the ordinary existence of humanity, how it transcends culture and how it is impervious to the threat of annihilation. The images of conflict from my youth left an indelible impression on my psyche and are a recurring theme in my work, but I am always seeking intellectual and sensorial interaction through integration.

When I perform in a foreign community, I incorporate professional and non-professional local artists into my company. The benefit for the local performer is obvious, but my company members are enriched as well because a local voice transforms the performance experience significantly. As an example, in Cargo and Pi=3.14…, my collaborators from Sarajevo are onstage. This is vital to this project. How can their mere presence alter the construction of the work and the impression on the audience? Without them, we are trying to learn in a cultural and historical vacuum. I place cultural context literally in my work. I place it on stage in front of the audience. 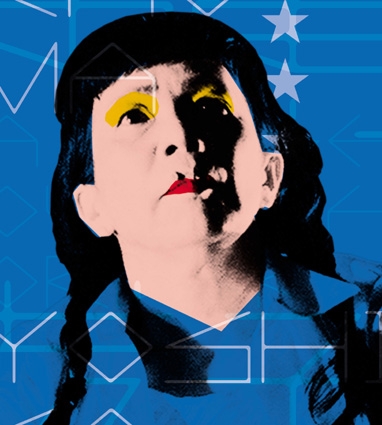